My nieces husband died in Afghanistan on October 20, 2008. Below are some pictures of Major Robert D. Lindenau when he was Afghanistan. There are also some family pictures.
He was the son-in-law of Melanie and Alex Bloom
He'll be having a memorial service in North Carolina, and a funeral at Stanwood, (St. Cecilia's).
The funeral was on November 1, 2008
He was buried at the Camano Lutheran Cemetery (with military honors) next to Mary and Melvin Bloom. (his grandparents-in-law)
Robert was 39
His wife Tonya is 37
Kids Rachael 12, Gabriel 10, Sarah 8, Hannah 6.
My nephew Konan (Tonya's Brother) emailed me, "Just wanted to mention that Bob was promoted to Major. He was eligible for a promotion when he was killed, and as a standard policy, the Army promotes those killed in duty if they were eligible. So.... He is now Major Robert Lindenau." 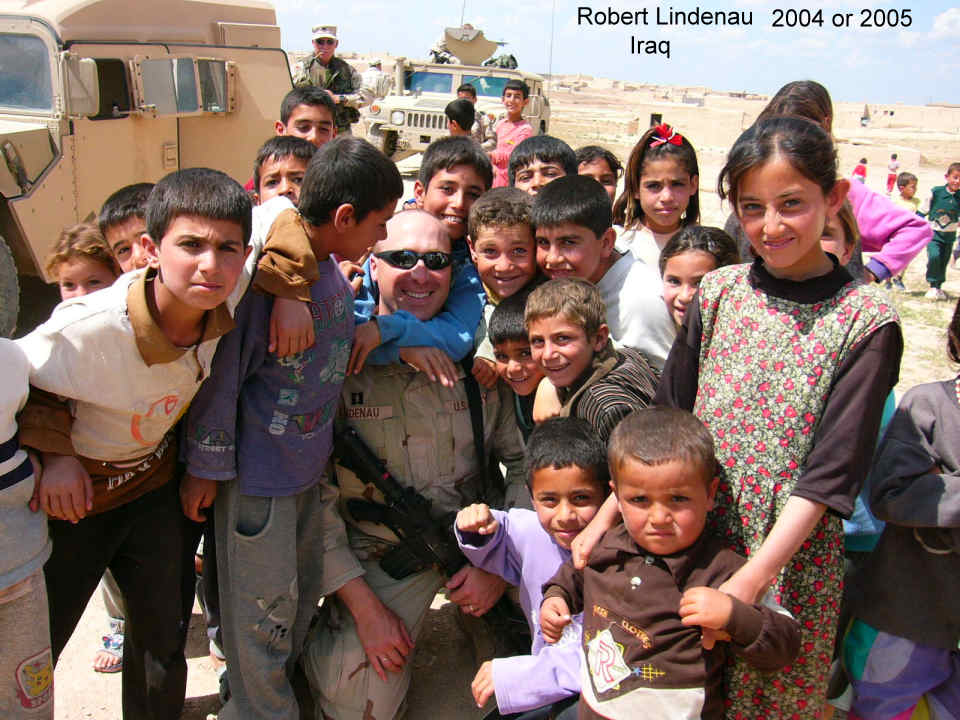 the below video (photo/collage) was done by one of bob's nieces, sadie roland, (nieces are the best).
the last three minutes of the video has many afghanistan pictures, including photos of the afghanistan clinic, named in bobs honor, with some very cool paintings on the clinics outside walls.
i hope the clinic survives the war.

the above video (photo/collage) was done by one of bob's nieces, sadie roland, (nieces are the best).
the last three minutes of the video has many afghanistan pictures, including photos of the afghanistan clinic, named in bobs honor, with some very cool paintings on the clinics outside walls.
i hope the clinic survives the war. 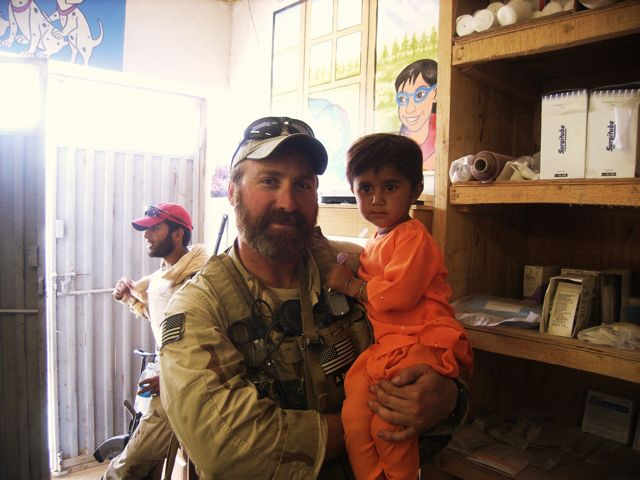 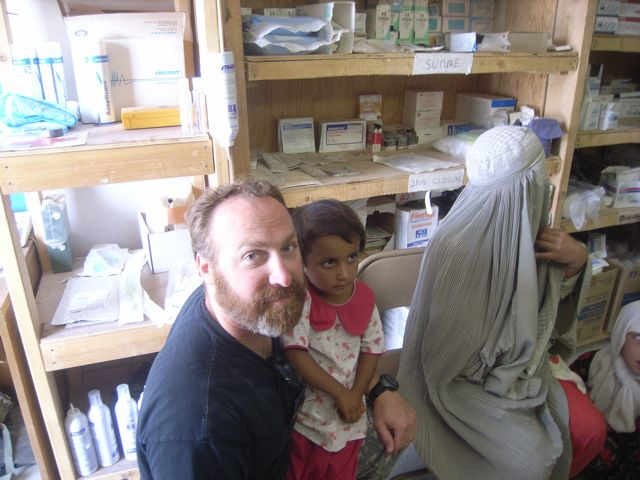 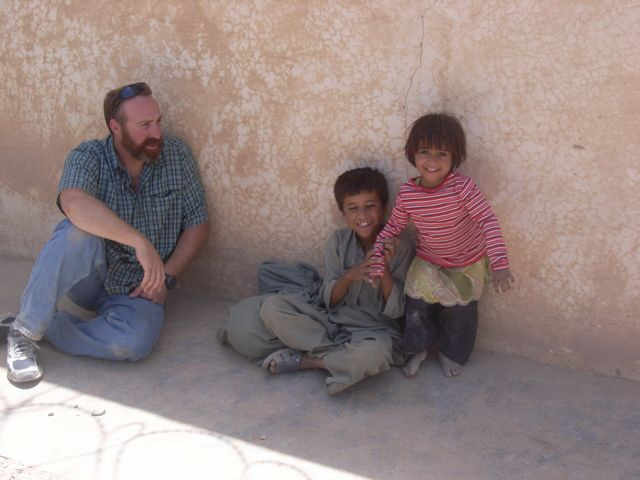 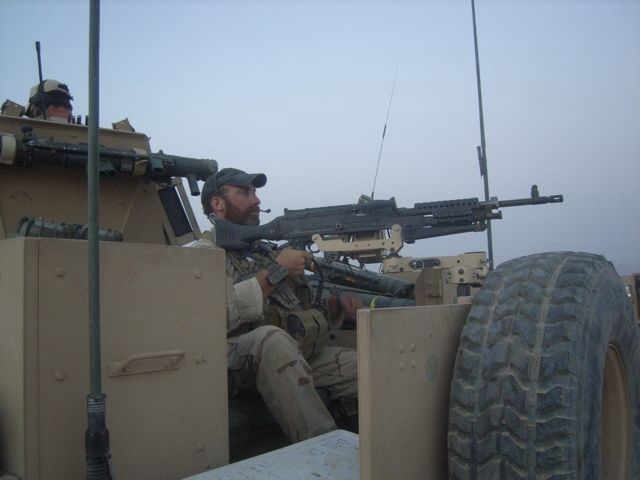 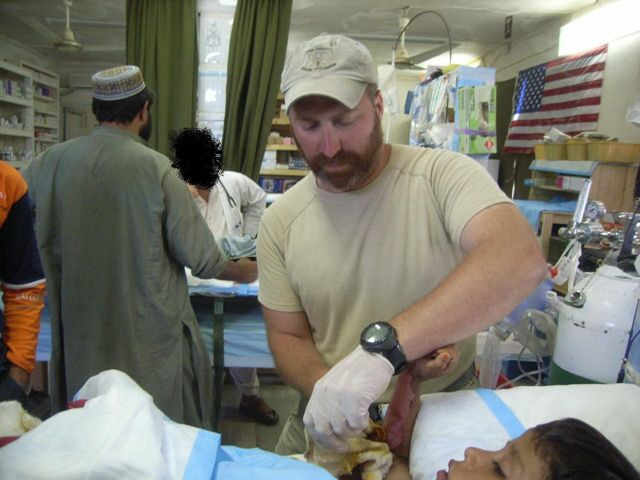 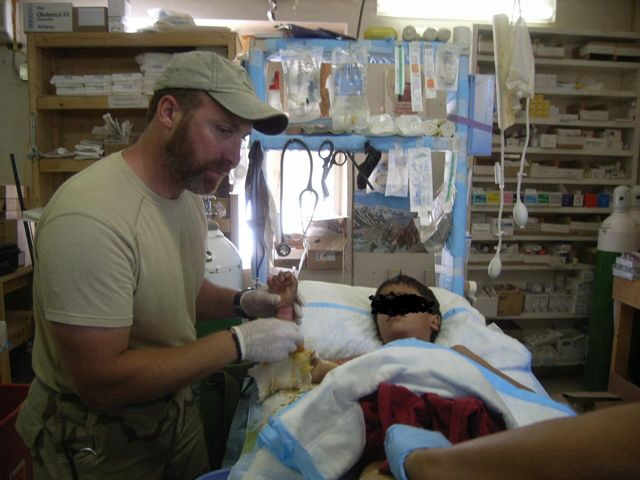 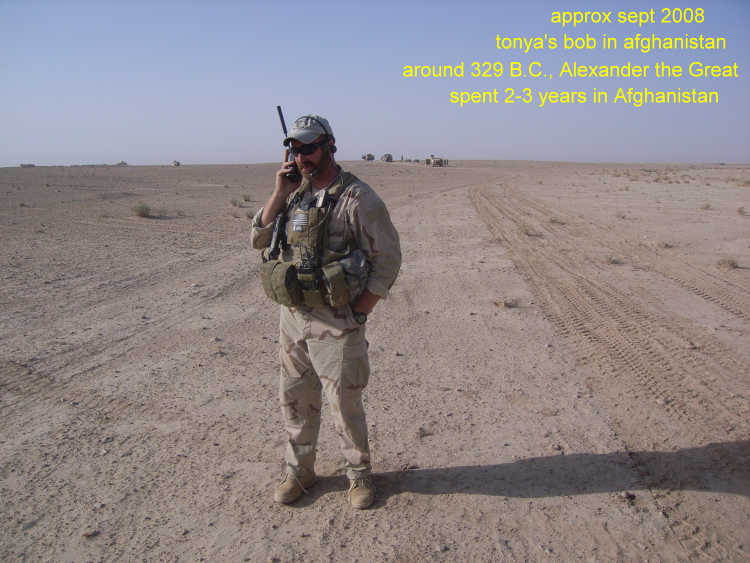 Below are parts of an email from my niece (Roberts widow)

First let me say thank you for the out pouring of love we are receiving from you.

On October 20th Bob -Cpt. (now Major) Robert- Lindenau was killed in action when his vehicle was hit by a rocket propelled grenade while serving in Afghanistan. I am told that he died instantly.

These are our plans to include dates and times.

28 Oct. 9am at Faith Chapel (ft. Bragg, NC) there will be a memorial service for Bob.

29 Oct We will fly to Washington.

30 Oct. Bob's remains will arrive in Washington. We will be meeting his plane. At this time we believe he will be flown into Arlington. Panefield or Bellingham. Time to be determine.

31 Oct. we have tentative plans for a public viewing from 2 to 6. It will be at Gilbertson's funeral home in Stanwood, Washington. As this is tentative I will re email you all and let you know if it is go or no. I am not sure when this will be firmly decided.

31 Oct. we will have a Rosary service at Gilbertson's Funeral Home.

1 Nov. 11am. Funeral at St. Cecilia's Catholic Church in Stanwood, Washington. here is a side note for you all. St. Cecilia's is my home church. I was baptised there, took my first communion there, was confirmed there, we had our marriage blessed there and our children baptised there. St. Cecilia is the St of Church musicians and what better place to have a funeral for a man who loved music?

After the funeral those who wish to attend are invited to the graveside services on Camano Island. Bob will be buried on my Island next to my grandparents. I should interject here that Bob chose to be buried on the Island in Camano Lutheran Cemetery for me because it is my home.

You are welcome to attend all or any portion of these.

From myself, our children and Bob I want all of you to know we love you. 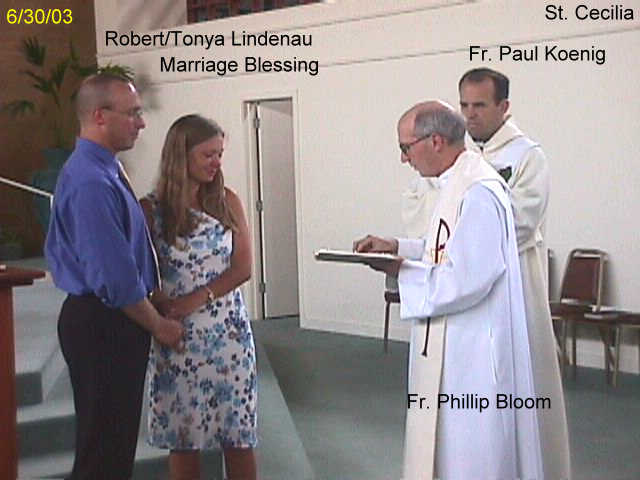 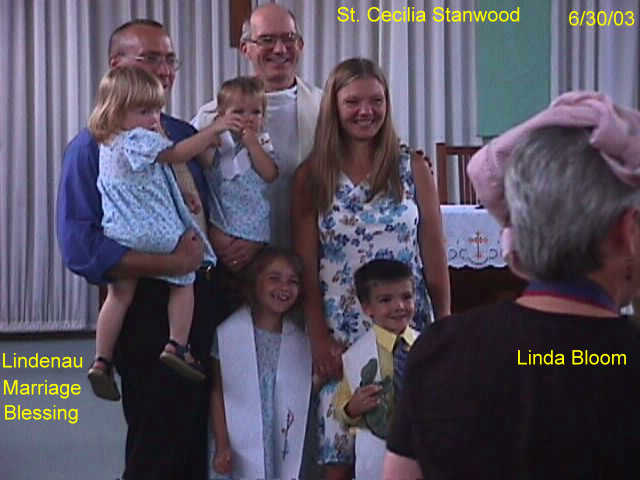 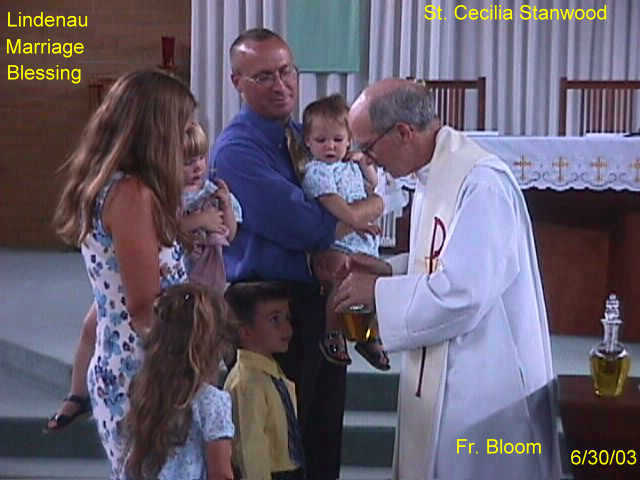 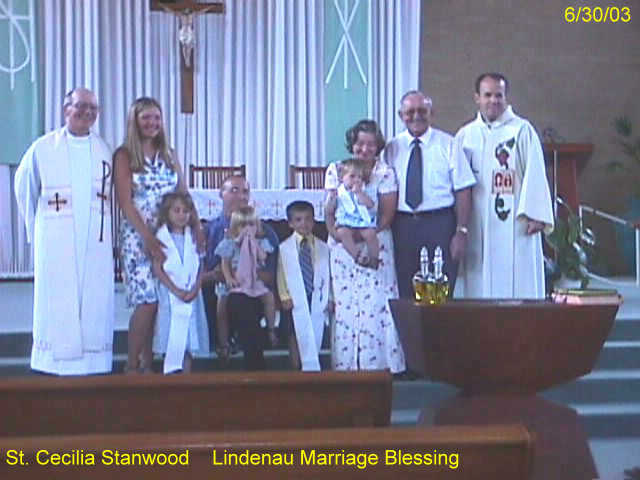 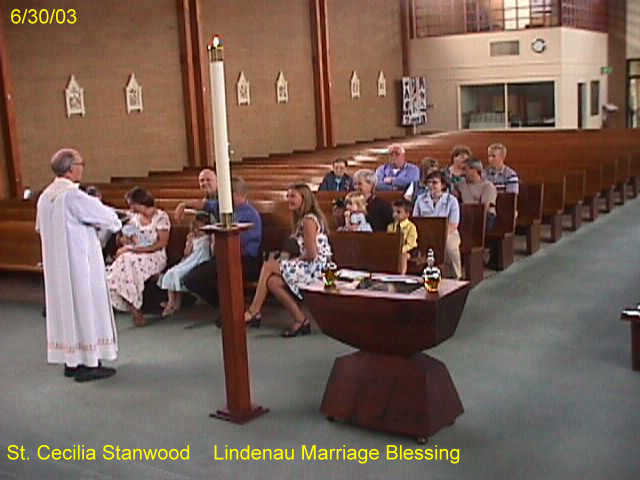 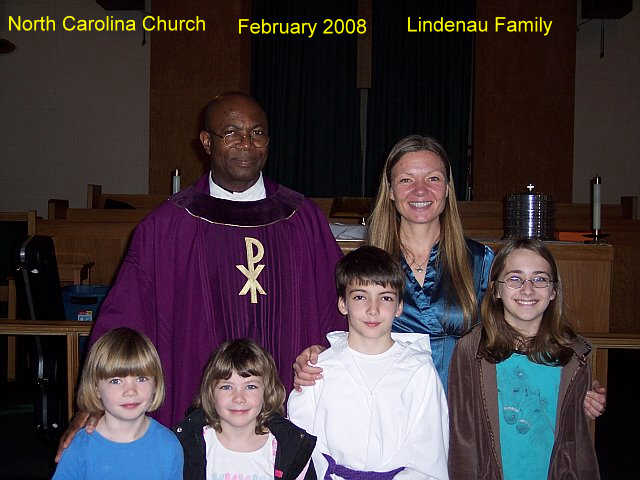 Below is a Manaco Beach crabbing photo from May 24, 2000 with my nephew in law Bob Lindenau. 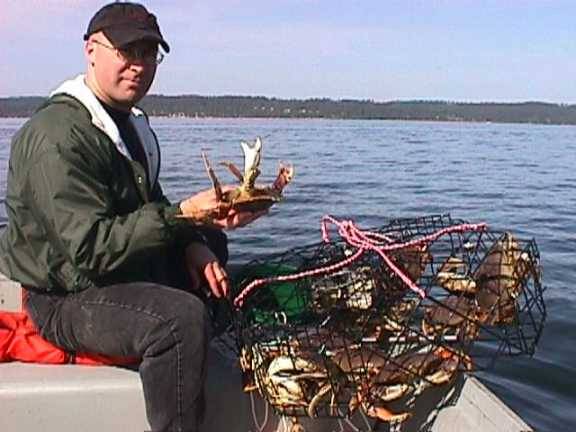 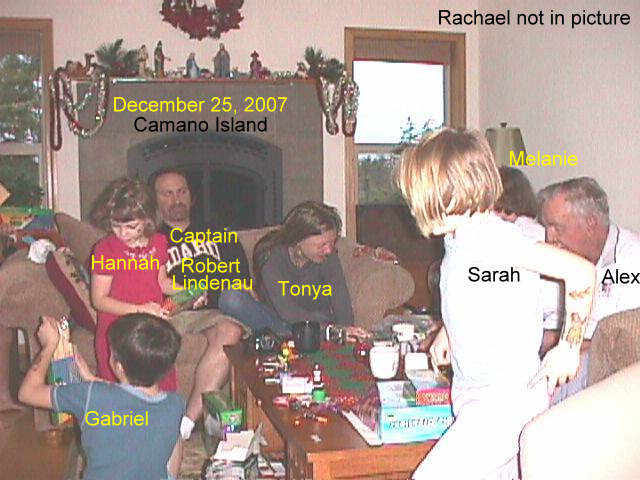 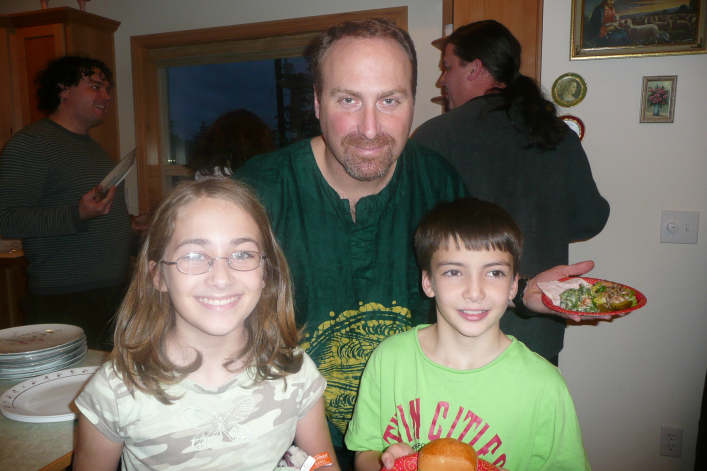 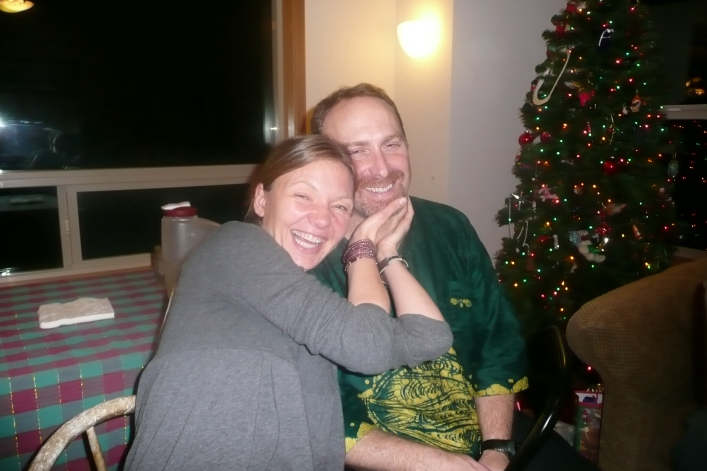 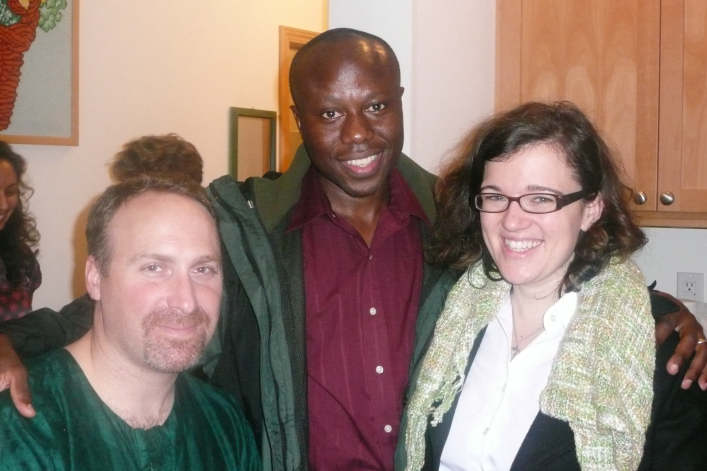 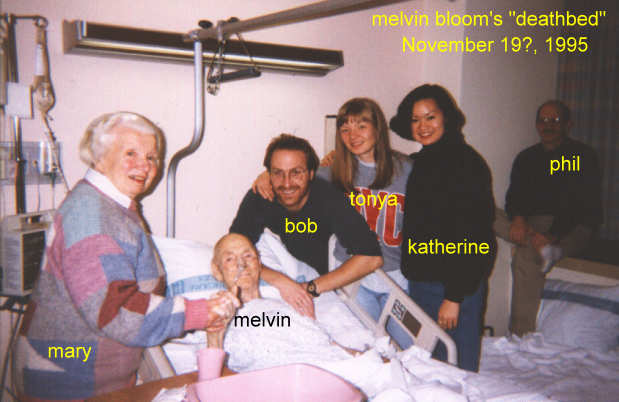 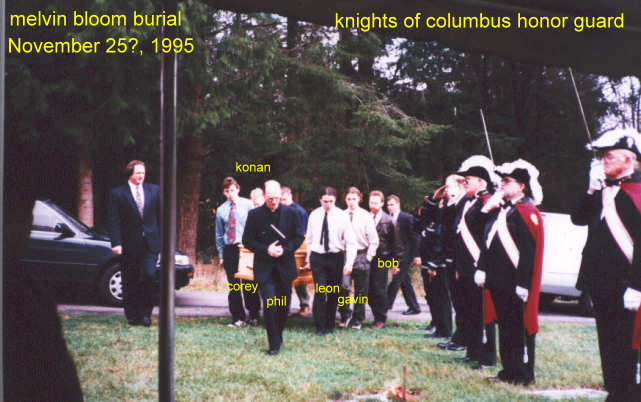 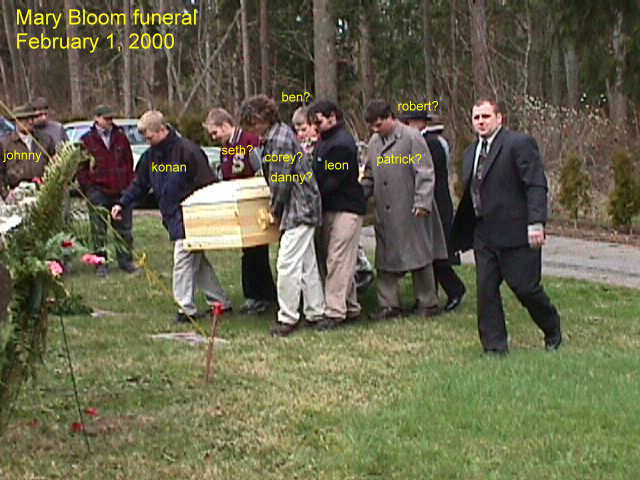 Camano Lutheran Cemetery
The below picture is from my niece sara's "blog" http://thetembas.smugmug.com/Family 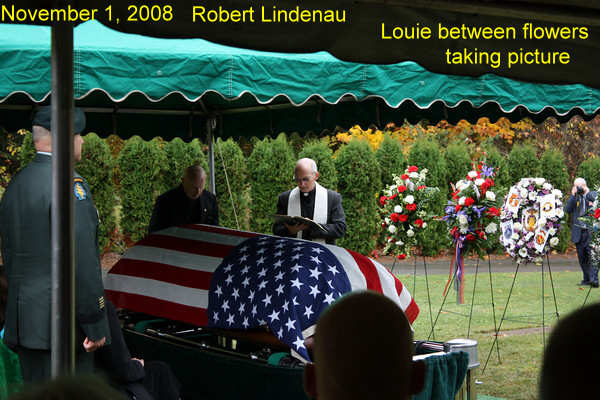 After the Ceremony
The below picture is from my niece sara's "blog" http://thetembas.smugmug.com/Family 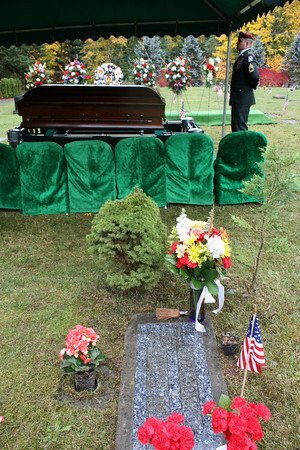 Military Flyover
The below picture is from my niece sara's "blog" http://thetembas.smugmug.com/Family 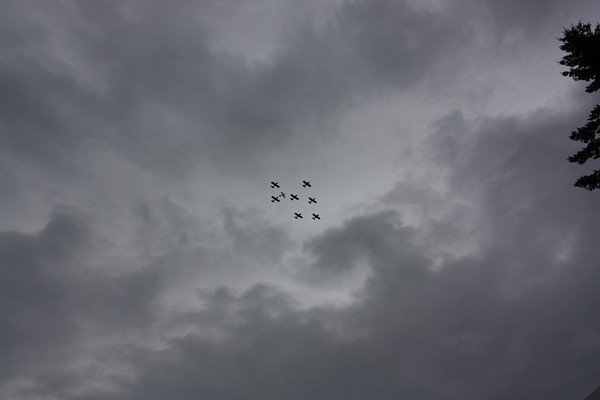 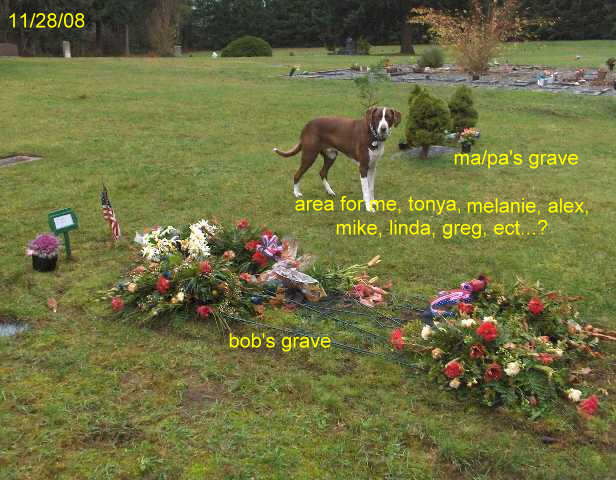