I'm always impressed when a small group of people can do something that can change the lives of many people. It happens all the time. Here's the story of a guy that got irritated when the Stanwood school district allowed a "creationist" lecturer to give a talk at a Stanwood school. I was living on Camano Island at the time, but I didn't know about the controversy until it was over.

Here's a link to the Stanwood-Camano 2002 school district employees.http://lbloom.net/zs02.html

September 2002 update. Many of the 1994 school board members were voted out of office, and many of the named school district administrators are gone from the Stanwood-Camano school district.

The pages below are from an illustrated article in the April 1994 Mother Jones magazine. (around 700 kilobytes) 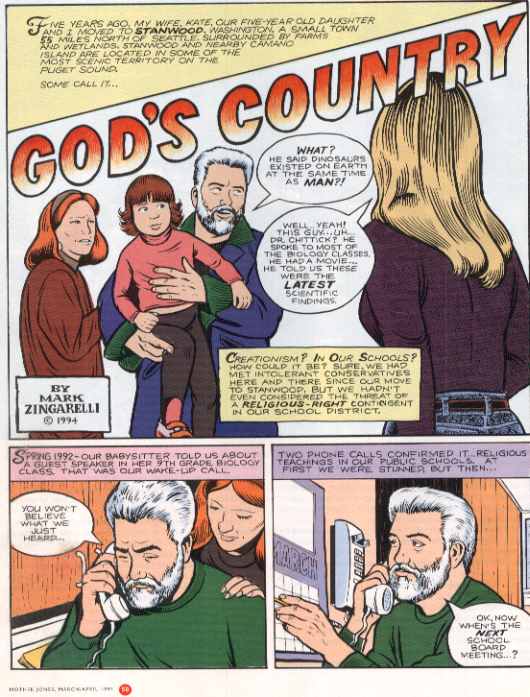 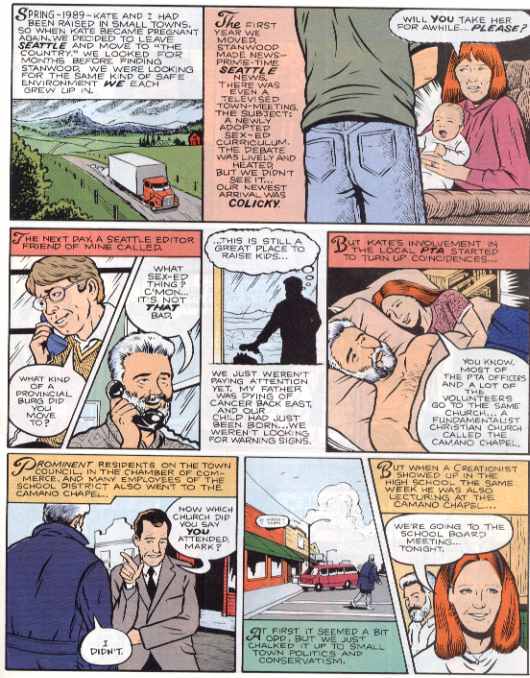 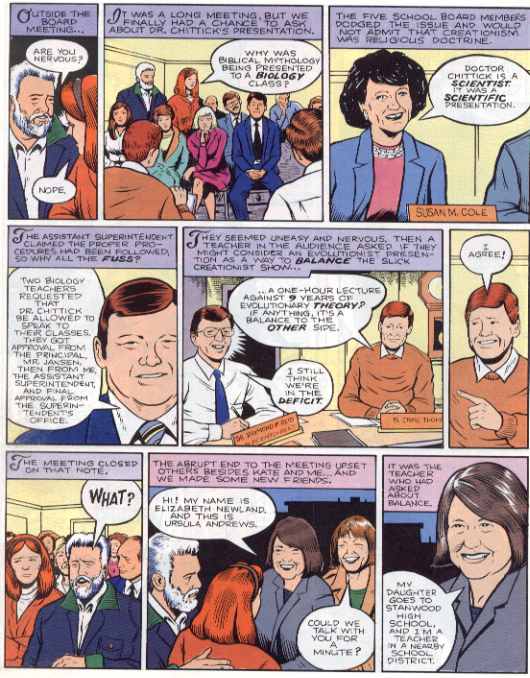 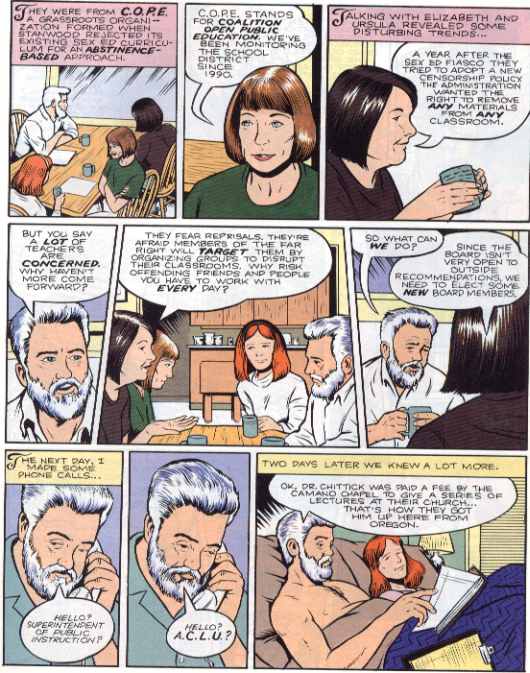 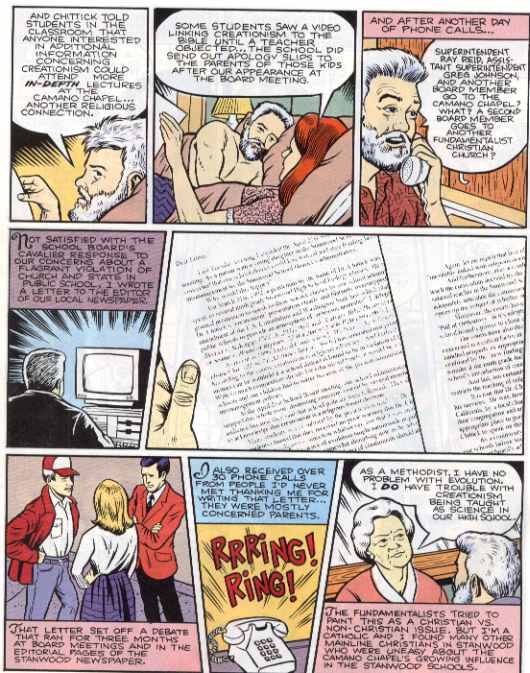 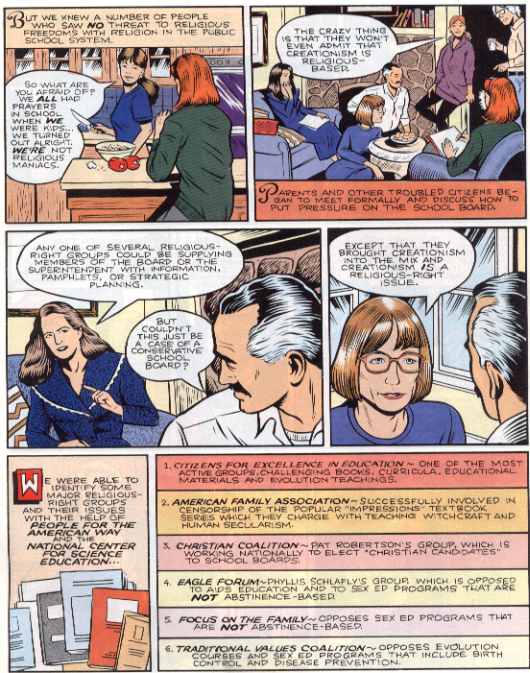 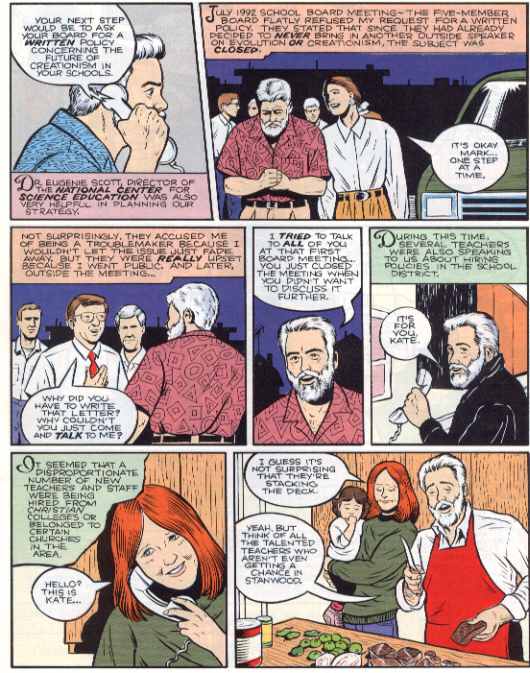 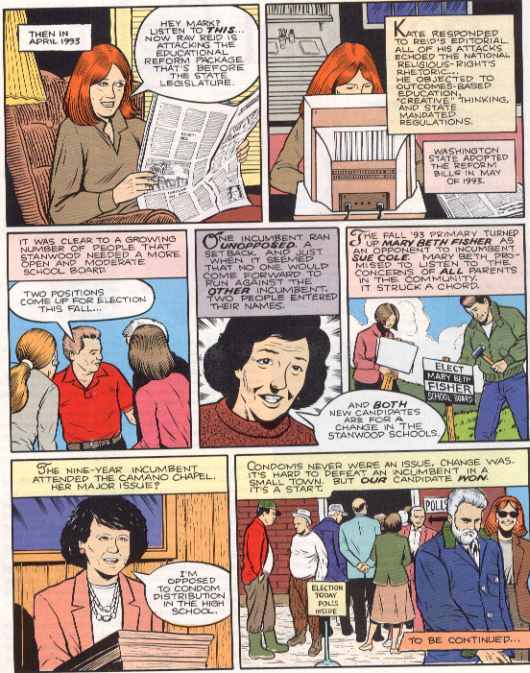